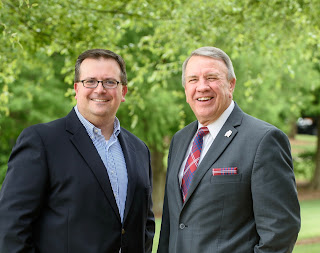 HUNTSVILLE – State Republican leader and Speaker of the Alabama House of Representatives Mac McCutcheon officially endorsed Frank Barger this week in his campaign to serve Madison County as its next Probate Judge. Barger has also received endorsements from local and state groups and leaders, including the Madison County Farmers Federation, the Huntsville Madison County Builders Association, the Fraternal Order of Police, and Alabama Secretary of State John H. Merrill.

“I am proud to support Frank Barger for Madison County Probate Judge in the June 5th Republican Primary,” said McCutcheon. “I know firsthand the quality of his character and record of exemplary work in the Probate Office.  I believe he is the best person for the job and most equipped to serve on day one.  Seeing the way he operates in both his personal and professional life, I know his peerless work ethic and dedication to public service will be an asset to all of Madison County.”

“I am grateful for the support of Speaker McCutcheon,” said Barger. “I am privileged to call Mac a friend and admire his hard work in Montgomery to improve the quality of life not only in Madison County, but throughout our entire state.”

As a key member of the Probate Judge’s staff and Elections Administrator, Barger has prioritized technology, transparency, fiscal accountability and improved service to the public.  Additional endorsements can be found at www.frankbarger.com. 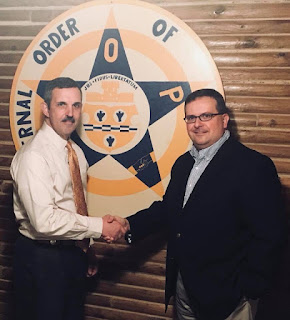 HUNTSVILLE – The Huntsville Fraternal Order of Police (FOP) announced this week their endorsement of Frank Barger in the race for Probate Judge of Madison County. The Huntsville FOP chose Barger over his two opponents in the upcoming Republican primary election on June 5th. Barger has also received endorsements from local and state groups and leaders, including Alabama Secretary of State John H. Merrill, the Alabama Farmers Federation, and the Huntsville Madison County Builders Association.

“I thank our Fraternal Order of Police for their support of my campaign and – most importantly – for their work every day to ensure local law enforcement has the tools they need to keep our neighborhoods in Madison County safe and growing,” said Barger. “As probate judge, I look forward to working with those who sacrifice so much to make our community as best as it can be.”

“The Fraternal Order of Police works with local officials from a variety of municipal, county and state agencies to include the probate court. And we depend those agencies and the probate court to be efficient and well-managed so that we can focus on the most critical law enforcement challenges before us,” said FOP President, Lieutenant Donny Shaw. “Frank has a unique and specific knowledge of the job for which he’s applying, we are confident that he is the best man for the job, and we look forward to working with him.”

As a key member of the Probate Judge’s staff and Elections Administrator, Barger has prioritized technology, transparency, fiscal accountability and improved service to the public.  Additional endorsements from local leaders and Madison County residents can be found at www.frankbarger.com.
# # #
Posted by None at 12:51 PM No comments: